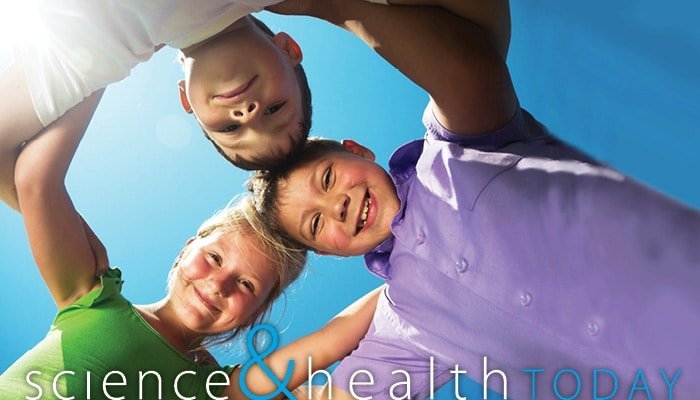 October is Children’s Health Month, an observance created to bring national awareness to the health issues children face today. Unfortunately, too many U.S. children suffer from our national epidemics of diabetes, obesity and cardiovascular disease — problems that used to be very rare in children. Changes in society and poor health habits are increasing children’s risk of disease. Consider these statistics:

According to the United States Healthful Food Council, obesity rates for children have tripled in the last 35 years. Today, 3 out of 10 children are overweight or obese (and FYI, 7 out of 10 adults are overweight or obese). Researchers are even finding a prevalence of overweight infants (aged 0-2 years). A 2010 study found that 9.7% of U.S. infants had a high “weight for recumbent length” (a measure similar to BMI, but for infants). And this isn’t just happening in the U.S., but in many countries all over the world. As other countries have adopted the “western lifestyle,” global obesity rates have increased 82% in the past two decades.

Obesity damages nearly every system in a child’s body and plays havoc on hormones that control blood sugar and puberty. As more and more children are becoming overweight and obese earlier in life, the diseases and complications that are associated with obesity are also coming at an earlier age — these include type 2 diabetes, heart disease, strokes, kidney failure, cancer, disability and more. This is a tremendous burden for a child. Children who are obese are more likely to be obese as adults and have a higher risk for chronic illness and disability later in life.

Fast Food, Family and the Brain

The CDC found that U.S. adolescents on average get about 17% of their daily calories from pizza and other fast foods and younger children, about 9%. Fast foods, full of added sugars and refined starches (such as white bread and potato products that instantly turn to glucose once ingested), not only affect physical health, but also mental performance. A study in Clinical Pediatrics found 5th graders who ate the most fast food had lower test score improvements in reading, math and science by 8th grade. Two-thirds of 5th graders studied said they’d had at least one fast food meal in the last week and 1 out of 5 said they’d had at least four fast food meals in the previous week.

Meals eaten outside of the home are typically of lower nutritional quality, contain more calories, total fat, saturated fat, sodium, cholesterol, and less fiber and micronutrients than food made at home. Archives of Pediatric and Adolescent Medicine found that family meals are also associated with improved adolescent psychological development. Research shows that kids who eat regular meals with their parents get better grades, form healthier relationships and are more likely to stay out of trouble — 42% less likely to drink alcohol, 50% less likely to smoke and 66% less likely to smoke marijuana. Sadly, on average most family meals only happen three times a week, last less than 20 minutes and typically involve watching TV and texting while each person has their own microwave meal.

Now Is the Time to Take Action

With the daily pressures of our fast-paced lifestyles, it’s difficult to find the time and energy to make the changes needed for our health and the health of our families. Make exercise  fun — find activities you all enjoy outside, play volleyball in the backyard together, go on an adventure and take the kids on a hike. Seek whatever gets your bodies moving and your hearts happy.

Making sure kids get their full servings of fruit, vegetables, whole grains, nuts and legumes every day is not an easy task, but it’s definitely worth the effort. Nothing is better than a diet rich in nutrients from real food. But we are human and the reality is we most likely won’t reach our nutrition goals every single day. Reliv Now® for Kids can help your family bridge the gap in their nutrition. It contains 26 vitamins and minerals, 5 g of protein, LunaRich® for the power of soy, omega 3 fatty acids, phospholipids for cellular development, and the powerful antioxidant grape seed extract. Now is the time to make a stand for your family’s health.

Feature: DHA, an omega-3 fatty acid
Benefit: It provides a nutrient critical for development and function of the brain, eyes, and central nervous system.

A Note from Dr. Carl:

The bottom line is too many kids are eating too many calories for their sedentary lifestyles. And too many kids have out-of-balance diets that are not giving them the nutrients they need for healthy growth and development.

Children’s Health Month may come once a year, but every parent knows that the difficult task of caring for a child’s health is an everyday job. Reliv was built by families who recognize the superhuman effort it takes to raise healthy children. That’s why we created Reliv Now for Kids. It gives a big boost of vitamins, minerals, micronutrients and protein and kids love the chocolate and vanilla flavors. It’s a win-win for parents and their children — your kids will thank you for it.

This statement has not been evaluated by the FDA. Reliv products are not intended to diagnose, treat, cure, or prevent any disease.

A Business Built For YOU