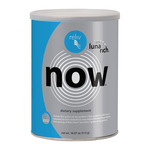 Feel Your Best through cutting-edge nutrition

Reliv Now with LunaRich goes beyond a standard multivitamin pill, giving you more of everything your body needs.

Contains more vitamins and minerals than leading multivitamin pills, in an easily absorbable liquid form. You get double the amount of vitamins B and E, and as much as eight times the vitamin C. In addition, Reliv Now delivers higher levels of essential minerals such as copper, zinc and calcium.

Provides many antioxidants not found in popular vitamin brands, including patented Pycnogenol® — one of the most cutting-edge ingredients available today. More than 170 studies have demonstrated Pycnogenol’s ability to fight free radical damage, improve blood circulation and lower blood glucose, among other benefits.

Packs a powerful protein punch. Doctors recommend 50 grams of protein daily, but most multivitamins contain none. Reliv Now gives you 7 grams per serving of the highest-quality, healthy soy protein available.

LunaRich is the most advanced soy powder on the market today — and it’s only available from Reliv. Research shows a naturally occurring soy peptide called lunasin is responsible for many of soy’s remarkable health benefits. Reliv’s exclusive LunaRich soy powder contains five to ten times the bioactive lunasin of ordinary soy powders. LunaRich can improve your heart health by aiding cholesterol management. Cholesterol comes from two sources:dietary intake and our body’s own production in the liver. Over 80% of cholesterol comes from the liver, so the most effective way to lower LDL (bad) cholesterol is to control the liver’s internal production.

LunaRich does so in two ways:

1.  disrupts the production of cholesterol in the liver

2.  improves the liver’s ability to clear LDL cholesterol from the bloodstream

Product Brochure   View Benefits    Us vs. Them

Tammy and Jason Artz of Aberdeen, South Dakota, have seen remarkable health changes in their family because of Reliv Now and other Reliv products. Jason suffered terrible headaches, as well as back and leg pain. Within a month of starting Reliv, his headaches and joint pain improved dramatically. Tammy’s children have had remarkable results as well with attention and behavior challenges. “Within weeks,” Tammy says, “their difficult behaviors greatly improved.” As for Tammy, after five very difficult pregnancies she made Reliv a key part of her prenatal care. She saw her energy levels soar and never once went to the hospital until it was time to deliver. “I didn’t know pregnancy could be like that!”

Gabrielle Beyer, of Dayton, Ohio, says Reliv Classic® has given her life back to her. “I was diagnosed with fibromyalgia,” she explains, “and for three years, I tried everything to no avail. I was in pain 24/7, couldn’t sleep so I was always fatigued, and I couldn’t focus — I was in a constant fog.” Gabrielle started on Reliv and says she saw results in six weeks: “I began sleeping through the night and experienced great mental clarity — I got my brain back! Four years later, I now work out, lift weights and swim. I can live my life based on what I want to do, not on physical limitations. Reliv has allowed me to be the woman and mother I want to be!”

For Heather Rogers, of Newburyport, Massachusetts, it has been one “miraculous” year since starting the  Reliv products.

Heather was spending her days on the couch, either sleeping or crying from the pain of a mysterious neurological disorder that doctors couldn’t diagnose. She couldn’t walk, speak clearly or swallow, and she had no use of her hands. “I felt like a burden on my family,” says Heather, a wife and mother of three, who started improving with Reliv’s essential nutrition. “One day, I was strong enough to walk by myself from the couch up to the kitchen. It was a huge moment.”

Today, Heather can do just about anything, including playing baseball with her children and bowling. She was even able to help coach her daughter’s cheerleading squad. Just the year before, my husband had to help me get up and down the bleachers so I could watch,” she says. “As I share my story, I’ve learned that there are a lot of people out there with non-specific neurological disorders. Knowing what I know about this great company and its product, I don’t ever want to see someone sitting on the couch with no hope. I have to share it.”

Manley Lane, from Bath, Maine, has seen significant improvements with his health since starting on Reliv products two years ago.  “When I was introduced to Reliv, I was suffering from two auto-immune diseases, causing needle-like shocks that radiated throughout my legs,” Manley recalls. “I wound up losing my ability to drive and pretty much was confined to a wheelchair.”

Within three months of starting on Reliv’s essential nutrition, Manley was preaching at his church standing on his feet, rather than sitting in a chair. “The other day, I hiked to a fishing pond with a four-pound pack on my back!” he notes. “I never before realized the importance of great nutrition for our bodies.”

Now Manley has added GlucAffect to his nutrition regimen, and is reporting even more results. “At my annual physical, I weighed five pounds less than the previous year,” he states. “My blood pressure has improved, and my blood sugar has stabilized.  “I now have even more energy and vitality than before!”

Connie Gray of Austin, Texas, is an emergency room nurse, and she admits she’s a skeptic when it comes to most nutrition products. But when she heard about Reliv, she was intrigued enough to give it a try and to get her husband, Austin Kessler, to join her. Both suffered from ongoing allergies, the kind that often led to flu-like symptoms, sinus infections and bouts of bronchitis. A thyroid condition meant Connie felt cold all of the time. And Austin’s cholesterol levels were troubling.

“After beginning to take Reliv shakes, I felt warmer,” Connie says. “And I’ve felt warm ever since.”  Both got relief from allergies and for the first time in years, Connie’s had neither her annual sinus infection nor missed any work because of bronchitis.  Austin lost weight, started sleeping better and his cholesterol dropped. His triglycerides were down, as well.  Connie counts on a Reliv shake for a pick-me-up during her 12-hour shifts in the ER. “Sometimes I don’t have time to stop and eat,” she says, “so when I feel my blood sugar getting low, I go to my locker and fix a shake.”

For six years, Cinthya Servín Castillo of Fremont, Nebraska, suffered chronic migraines. Her friend came to visit, “and she saw how bad I was feeling, suffering from my daily migraine,” Cinthya recalls. “She told me that she had started taking Reliv for her own headaches and that they were so much better. I wanted Reliv immediately.”   A month after starting the essential nutrition, Cinthya says her pain had significantly improved. She was also getting relief from other symptoms, including constipation and backaches. But that was just the beginning of her Reliv renaissance. Cinthya also suffered from panic attacks and nervousness, making it difficult to be the kind of wife and mother she wanted to be. “Now my family tells me that I look happier,” she says. “Before, my kids couldn’t be loud around me, and now they can be kids again.”

Cinthya’s sense of well-being was so great that she wanted everyone in her family to try Reliv. “My husband, José Escobar, also suffered from chronic back pain and by day three of taking Reliv, he was noticing a difference.”

The statements contained in this material have not been evaluated by the Food and Drug Administration. The personal testimonials shared reflect individual experiences of Independent Reliv Distributors and are not necessarily typical of the results you may obtain. Reliv products are not intended to diagnose, treat, cure or prevent any disease.