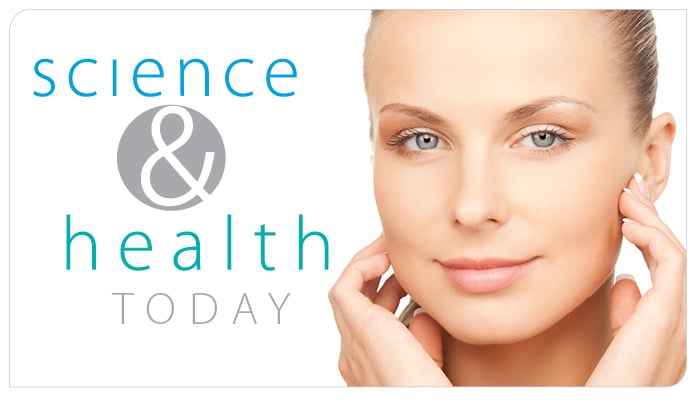 Staying out of the sun to prevent skin damage is a no-brainer, but there are many other common skin ailments that can occur during our lifetimes. Poor nutrition, lack of sleep and stress wreak havoc on the internal systems that present themselves externally via our skin health. These issues can lead to acne, premature wrinkling and other skin conditions. Let’s take a closer look at some of the more prevalent skin conditions that can cause grief.

From a Greek word meaning “itching condition,” psoriasis is a common, chronic immune-mediated skin disease characterized by red, scaly patches, papules and plaques, which usually itch. Common triggers for psoriasis flare-ups are stress, dry skin, infections, skin injuries, too much or too little sunlight, excessive alcohol intake, and some medications. The causes are not fully understood, but psoriasis is not purely a skin disorder. It can increase inflammation throughout the body and have a negative impact on many organ systems. Studies have found that the more severe a person’s psoriasis is, the more likely they are to have another major medical condition. There is no cure, but various medical treatments can help to control the symptoms.

According to a study at the University of Illinois, lunasin works to protect cells by reducing the negative effects of oxidative stress and by regulating the body’s inflammatory response. In this way lunasin can offer long-term cell protection when consumed regularly.

Affecting all ages, but especially those in the 30-60 age group, rosacea is a chronic skin condition characterized by facial redness, visible blood vessels, and sometimes bumps or pustules when left untreated. In many cases, the eyes can also be affected and feel irritated and in severe cases, the nose can become swollen and bumpy. It primarily affects fair-skinned individuals that tend to become flushed or blush easily. Not everyone has the same rosacea triggers, but some of the most common triggers are sun exposure, emotional stress, hot weather, wind, heavy exercise, alcohol consumption, and hot baths. The cause is unknown and there is no cure, but there are medical therapy options available to reduce or reverse the symptoms.

Also known as atopic dermatitis, eczema is an inflammation of the skin characterized by a red, itchy rash that can appear on the wrists, ankles, neck, elbows, and knees. In babies, it often appears on the cheeks and chin. Eczema affects over 30 million Americans. Its cause is unknown, but many doctors believe it is linked to allergic disease such as hay fever and asthma. There are many eczema triggers including:

There is no known cure, but the symptoms may be treated by a variety of medical and alternative therapies. Vitamin E has been shown to greatly improve treatment of eczema. In a study published in the International Journal of Dermatology, participants with moderate eczema were given 400 IU of vitamin E a day or a placebo for eight months. Sixty percent of the vitamin E group reported great improvement or near remission of their eczema, while only 2% of the placebo group did.

These three common skin problems, with no known causes or cures, don’t have to be life sentences to constant red, itchy skin. With the help of your dermatologist, determine what triggers your flare-ups and which therapy and skin care regimen is right for you. The sooner you have your doctor check out your symptoms, the better. Don’t be embarrassed by the appearance of your skin. Millions of Americans suffer from these conditions, so you’re not alone. What’s important is that you take the proper steps to take care of your health through optimal nutrition, which includes the health of your skin.

How can a single dietary compound do so much? Look no further than lunasin’s anti-inflammatory benefits as an example. Researchers have established that lunasin is a potent inhibitor of the master inflammatory protein NF-ĸ-β. Because NF-ĸ-β is found in almost all human cell types (blood, skin, organ, muscle, neurons, etc.), it plays a key role in regulating the inflammatory response associated with many health conditions and the aging process in general. Learn more about the benefits of lunasin

The lunasin in LunaRich X™ works synergistically with other nutritional compounds in Reliv Now® — and other Reliv products — to reduce inflammatory markers and oxidative stress. Over time, this inflammation and oxidation can cause cell damage throughout the body. The Pycnogenol in Reliv Now has been found to benefit skin health in several ways. It increases blood micro-circulation to the skin, protects collagen and elastin proteins in the skin, and is anti-inflammatory.

The result: a powerful nutritional approach to combat the aging effects of inflammation. Here’s a list of those inflammation fighters:

Another important step to maintaining your skin health is to make regular visits to your dermatologist. This will make you more likely to catch skin problems early, when there are easier treatment options. Prevention is always the best option.

So, love the skin you’re in and give your top layer the nutrition it needs with optimal nutrition from Reliv.

This statement has not been evaluated by the FDA. Reliv products are not intended to diagnose, treat, cure, or prevent any disease.

Lunasin Health Benefits Inflammation and the Changing Face of Sports Nutrition
Scroll to top
%d bloggers like this: